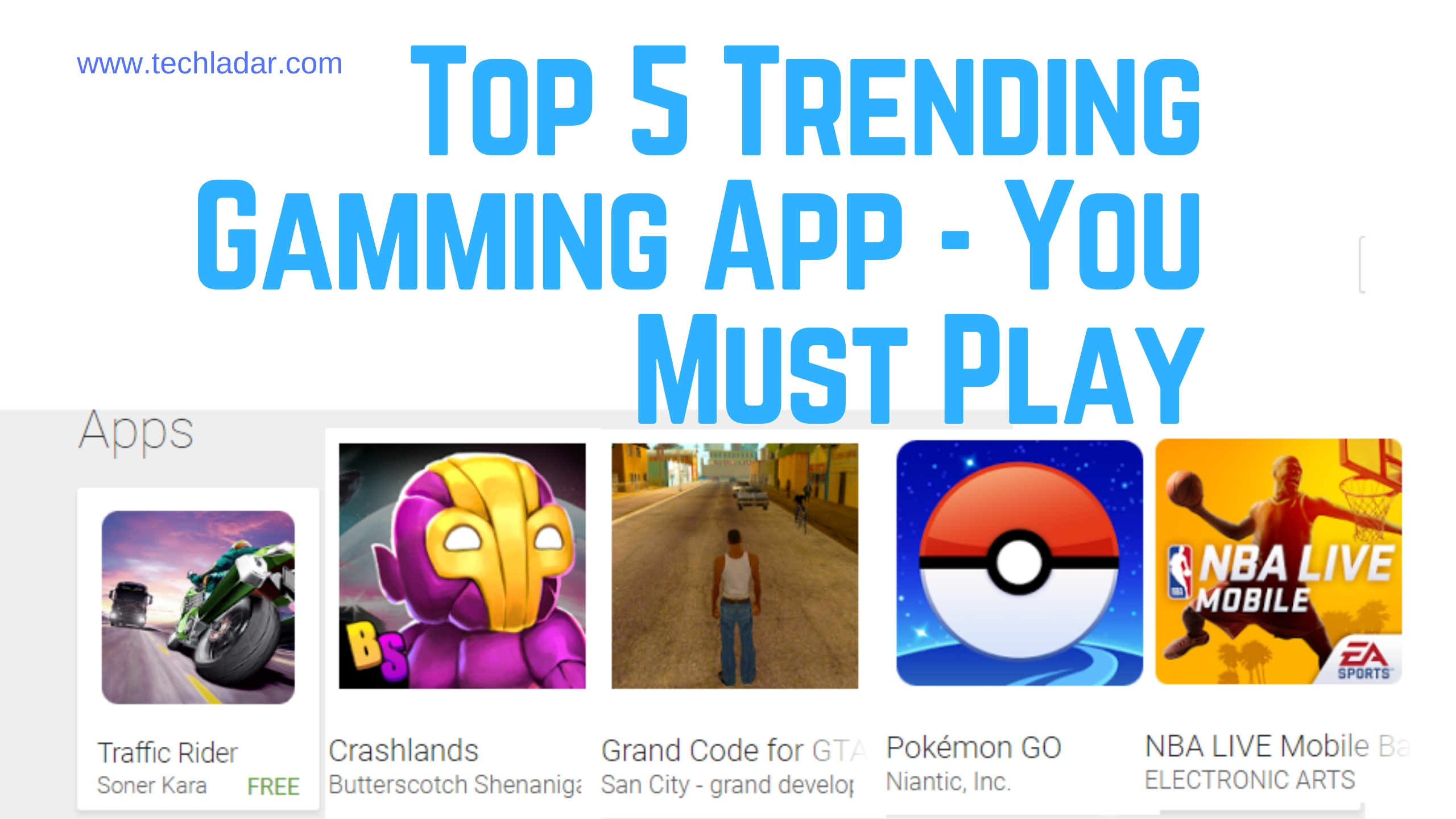 Just like tuning on to music, browsing, clicking snaps are vital functions of your smartphones so is playing games. Recent developments have also touched the gaming industry in current times. With the current smartphones improving as far its processors are concerned, opening window to rising popularity in the gaming industry. Without much to talk! Let’s dig deep into the top 5 rated gaming application trending now

The top 5 games at par to operating system are as follows:

One of the top-rated racing games which is being behind the wheels of a motor bike. Endless level of racing with various modes. In this game, one can Ride the bike in the endless highway roads overtaking the traffic and beat the missions in career mode.

Crash lands is one of the top listed Android games of this year. This is a role-playing game which gives you the feel of outer world.  Craft, battle and quest your way through the crash lands.

This one of the age-old games which is still top rated since quite a long time from now. Though it comes in paid version, still worth it. This game allows you to join a gang of criminals and complete quests making you take out your harmless dark impulses. The most addictive of GTA games.

The most controversial yet popular game of recent times. This game was highly popular among kids across the globe for its real feel of anime characters. This game was to catch Pokemon characters that appeared on their phone or tablet giving it a real touch.

If you are looking for a first-rate mobile basketball game than NBA 2K17. Top end graphics, a variety of game modes, and full court gameplay continue the record set by the series, with expanded gameplay features and physical controller support