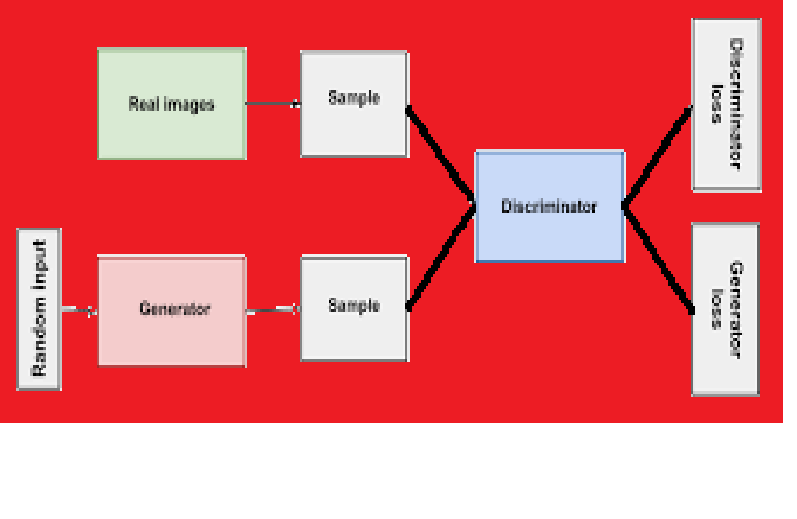 GAN: The Creative Side of Machine Learning

GAN: The Creative Side of Machine Learning

With the rapid development of artificial intelligence (AI), machines can become more and more intelligent. Because of the ability to develop independently of the data provided, machines create new ways to help them perform increasingly complex tasks.

What is a GAN?

It is a machine learning system developed in 2014 by Ian Goodfellow and his team. The GAN’s job is to study samples of real data, and from them to generate their own creations, which must appear so realistic that they cannot be perceived as computer-generated images without human intervention. For this, two neural networks are used in the competition.

The task of creating a network is to create counterfeits. Data, such as someone else’s photo, is provided to the network. Based on this information, the network can generate its own photos. To do this, the network first learns the general characteristics of the original.

Therefore, the new image is not a copy of the original data, but a new image similar to this. In this example, this is a picture of a non-existent person.

Then the basic data and the generated information are transferred to the partner network. The task of the discriminator network is to check all the data it receives and determine if it is true or false. Not only is the image considered false if it gets too far from the model, but even if it’s too perfect, it’s easy to tell if the image is wrong if the generator is happy to average the received data and extract a new image. The work of the machine. The discriminator also filters out unnatural data.

How does GANs work?

Like all artificial intelligence, GANs also need to be trained to do their job as much as possible. This form of machine learning is done in 6 steps.

Problem Definition: The first step is to define the problem the system will solve. Next, the developer needs to collect data that can be used by the system.