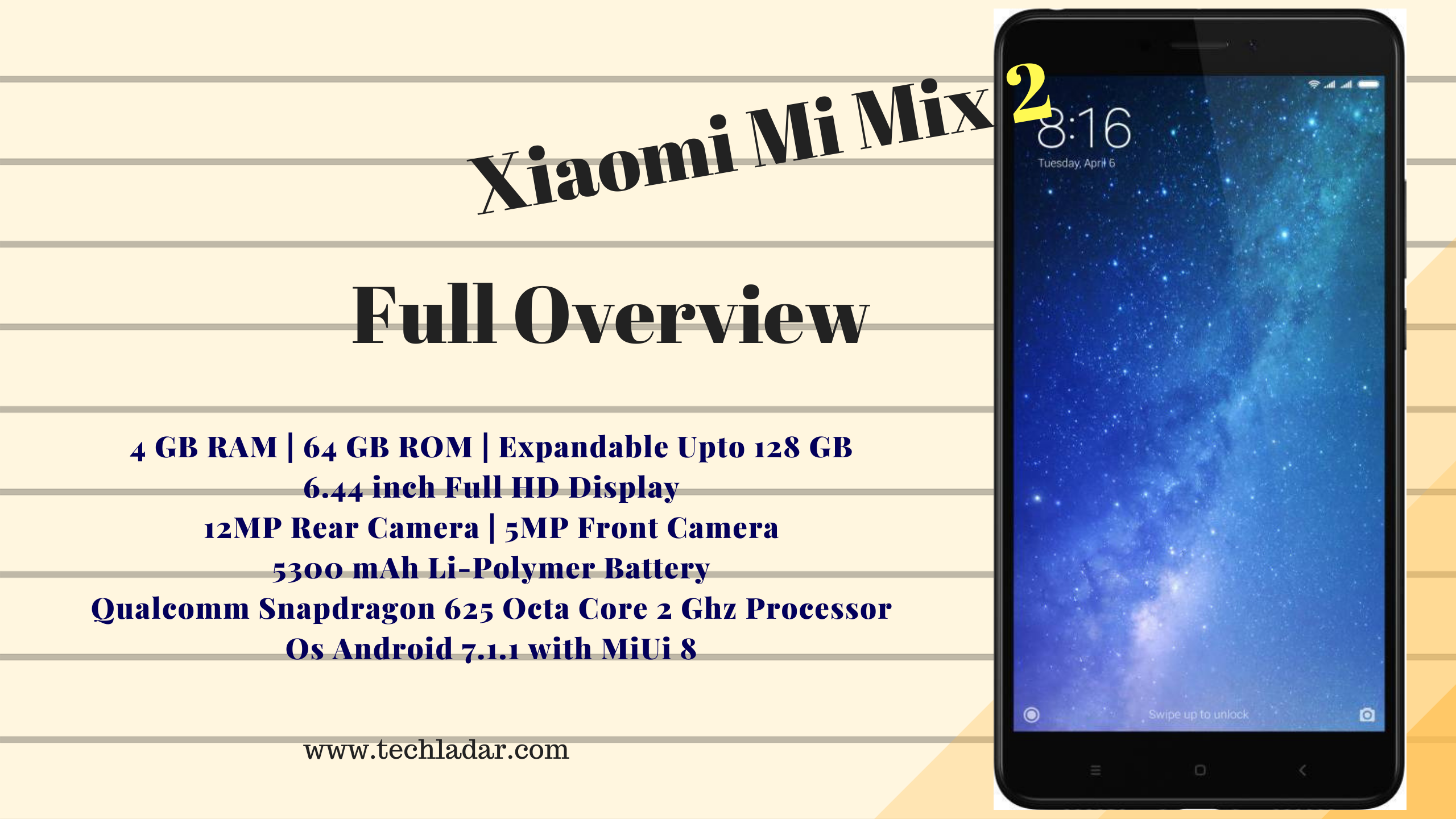 Xiaomi in recent times have captured the market and is in leading along with great players like Samsung, Apple, Sony etc. Xiaomi comes with its range of handsets with the golden rules of being low cost, well equipped and high performing. One such example of handset is the Xiaomi Mi Mix and Xiaomi Mi Mix 2 models which aim to conquer in eliminating the bezel which surrounds the phones display. The latest is the Xiaomi Mi Mix 2 which brings a feeling as if you are just holding your display screen with its edge to edge display technology.

It will come in

Being the first bezel less design just like predecessor, yet with modified functionality. The smartphone will come loaded with the ceramic back panel but will have a higher screen-to-body ratio of 93 percent in comparison to Mi Mix. Similar to its predecessor, the Mi Mix 2 will boast acoustic earphone technology, which basically eliminates the need for an earpiece. Now let’s consider the technicality of the phone to understand its uniqueness.

Although it has varying advantageous features yet there are things that the Mi Mix 2 doesn’t have. It lacks any sort of rated water resistance,has a standard, single-lens camera instead of a dual-camera set-up, and it doesn’t have a headphone jack or wireless charging. Xiaomi’s software is polarizing, as well. MIUI 9 despite having some good features here and there yet it looks like a platform quite different than other Android phones. Despite the flaws, yet it is one of a kind that can provide the user with full screen experience.