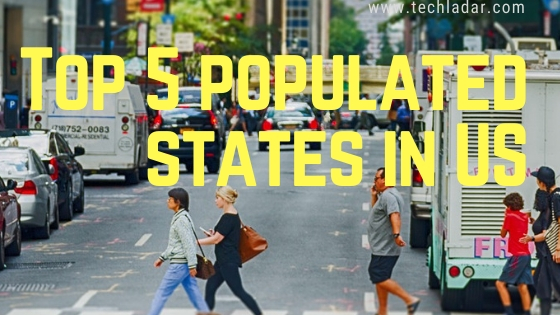 Top 5 populated states in US

Thinking of relocating to US! Half of the population of around the globe look at America as the most prospering country to migrate for better opportunities. From west coast to east coast of America there are varied options of States to be considered. Ever wondered which would be ideal place to move in as far US is concerned? This detail analysis of the top states of US will definitely help you make a choice. Keeping in reference various surveys and world rankings, top five populated states of US are as follows:

One of the most populated State of US with population of around 39,849,872. When we think of America, California is the first choice of State to live in as it comprises of some of the most happening and fast-growingcities. Cities of California are Los Angles, San Francisco, San Diego, San Jose, Fresno, Oakland, Sacramento, Santa Ana and Anaheim.

Some interesting facts one should know about this place are:

Why this place will be your choice to live in?

Lies in the second rank in the population list with an estimation of 28,449,186. Desserts, pine trees and borderline with Mexico is what Texas is all about. After California, if any place which is next choice for people this is the place.

Some of the facts of this place making it interesting are:

Why this place will be your choice to live in?

Making its way on the list after Texas, is the densely populated State of Florida with a population of 21,002,678. Called the “Orange State”, Florida is all about miles and miles of beaches. Mind boggling theme park, exotic shopping experience and never-ending night life, makes this the hottest travel destination for people of US.

Fun facts about Florida are:

Why should one choose Florida to live in?

New York is one of the chic and cosmopolitan, fourth highly populated states of US. The total population of around 19,889,657. Even though fourth on the list as far population is concerned it is still the leading financial centre for US. Known as empire state for its wealth and resource. It reports to have a rich ethnic diversity of people living here.

Interesting facts about New York are:

Why should one choose New York to live in?

Even though comprising of small surface area yet it is the fifth most populated state as per the latest survey. From year 2016 it has seen a sudden hike in population to 12.8 million with highest rural population. Vast stretches of farm land, forests and mountains is what Pennsylvania is all about. Most of the population here are Amish.

Some fascinating facts of this State are:

Why should one choose Pennsylvania to live in?